The Animals
By Donny Shankle

“The love for all living creatures is the most noble attribute of man.” - Charles Darwin

“The earth is the Lord’s, and the fulness thereof; the world, and they that dwell therein.” - Psalm 24:1


Did you know that naked mole rats are the longest lived rodents with a life span exceeding 30 years? Scientists are even trying to discover why they’re resistant to cancer. Chameleons to me are one of natures most amazing creatures. These lizards have 360 degree vision which enable them to look in two opposite directions at once. A useful skill when you’re trying to stay alive. There’s also a lizard which lives in Central and South America which is so light and fast he can run on water earning him the name Jesus lizard. Owls are another favorite animal of mine. Did you know their flight is virtually silent? The have special feathers which break up air turbulence making them a stealthy predator. Many other smaller birds are snatched away in the night not knowing what took them before being swallowed whole.

I love watching nature shows and the ones narrated by David Attenborough are my favorite. Just a few weekends ago I was captivated by the new Blue Planet 2 series from the BBC. In that one I learned about sneaky cuttlefish males who disguise themselves as females, to bypass the watchful eyes and tentacles of the larger males, to get the female cuttlefish to mate. The giant Pacific octopus mother will not eat for 6 months as she protects her eggs and literally goes to her death ensuring they have the safest start possible.

The detail cameras are able to capture these days baffles me. And how do these camera men get so close to what their filming? I mean there is no environment they can’t go it seems. From the deep abyss to the skies above. They capture squids fighting it out in the deep and falcons striking down sparrows in mid-flight. Adding to my excitement, I have the surround sound which if you don’t have it already and you like watching nature shows like me then I highly recommend you get it. I watched a wasp eating tadpoles and it felt like it was in the room with me. The vibrations its wings created sent a shiver down my spine.

Animals fascinate me and I’m pretty sure in a former life I must have been a naturalist. During one of my recent travels, I had the amazing opportunity to travel to the Galapagos. There are so many different types of wildlife there like the blue footed booby with feet colored blue (hence the name) for mating purposes. The bluer the feet the better chance you have with the ladies. The giant tortoises are such surreal and beautiful creatures with a rough history. The Galapagos used to be a way station for sailors who collected their meat during circumnavigation. Noisy and smelly sea lions are everywhere. It’s like they think they own the place. I saw one relaxing at the water taxi station taking up the entire bench for himself. Then there is the iguanas, the sally light foot crabs, the penguins and the cute finches. What a great trip it was so see all these animals up close and personal and in actual nature. I’ll never forget my little breakfast buddy. A small common house finch who ate a piece of biscuit straight from the palm of my hand. It took a few attempts at first of him eating from my fingertips but eventually he hopped his way right into the palm of my hand and had breakfast with me. It was my last day on the Islands and of course I couldn’t help but smile from ear to ear.

Eat, reproduce and don’t die. That’s the life of the animals and only the fittest survive. Not much different for a weightlifter who wants to be champion right? You gotta eat and you need to reproduce your best efforts in training on a consistent basis as much as your mental and physical capacity can endure. Lastly you need to not quit. Like the great white shark which a friend of mine once said so poetically to me, “You need to keep moving forward to survive.” Keep moving forward simply means be better than yesterday. Along the way you’ll stumble and feel pain but do the animals complain? Are they not taken care of by God if they remain strong and concentrate on always getting it right the first time? Men are no less and no more than all the rest of incredible creation. We too have to get it right if we want to survive. We too have to get it right if we want to keep moving forward. Else we keep making the same mistakes and remain stagnant and idle waiting for the night owl to snatch us away. We too have to show a love for the best in ourselves and a want to be part of the wild and the free.

Keep focusing on getting it right and use your individual strengths like all the rest of creation to live. Our idiosyncrasies in time end up cleverly (like the cuttlefish) adding to our identity and our spirit in the gym with time and energy remains as steadfast as the lion.
Posted by Donny Shankle at 16.3.18

Avoidance Of The Hard
By Donny Shankle

When I was a little boy I had this toy made up of two horseshoes connected by a chain with a metal ring around the center. The idea behind it was getting the metal ring separated from the center. I would fiddle with it for hours in the beginning trying to get the ring free but for all my determination I couldn’t figure it out. Out of frustration I asked my father how to do it and he showed me. The problem was he did it so fast that I was still dumbfounded. Even after watching him, I still couldn’t figure it out. One night as I was twisting and turning the chain the ring came free but even then I didn’t know what I did to get it free. I thought I was cool though and showed it to my father and he told me to put the ring back on and do it again. He wanted to judge whether or not I really did learn or got lucky. I was cornered and had to confess I still didn’t know how to get the ring off. Eventually, with enough practice and thinking I could get the ring free with the same speed and understanding my father did. As hard as it was at first, I soon understood the toy’s simplicity.

To say a thing or task is simple is to say it’s simple because you have had the practice to uncover its mystery. In reality the simple is hard. In order to say you understand something requires great study and practice. Is a thing really simple? Even observing someone easily perform the toy's challenge, I still couldn’t see how simple it was to remove the ring. My eyes couldn’t keep up long enough for my brain to understand. It was not going to do me any good to practice with a different or simpler toy. Even if shown slowly how to remove the ring, I may or may not still understand. I do know once my hands figured out how to move the horseshoes in a certain way the ring always came free. It was my practice and single minded persistence which overcame my many failed attempts.

Before you begin to think you’re in waters which are to deep to tread ask yourself whether or not you have put in the practice. Have you trained a thing which is hard to make it look simple? Champions face head on what is hard and unravel its mystery through practice. To say a thing is simple is an immense ordeal especially when that thing will require many years of practice. A sport like weightlifting is approached no differently from how I went about playing with that toy. You can watch and have others show you what to do but will that really work? Will you understand how to snatch and clean and jerk unless you practice for yourself? No you will not and you will certainly never lift enough weight to call yourself a champion.

Do not avoid what is hard. Tackling tasks which are difficult is one way to strengthen your overall capability. Each new hard endeavor you commit yourself to and succeed at accomplishing will make you a stronger and wiser person. It’s OK to fail at the hard so long as you do not remain idle and commit to understanding why you did fail. Don’t avoid the hard. The Earth is full of plenty of destruction but its also full of even more abundance. The weightlifter who works to make what is hard look simple goes through years of abundance and destruction albeit of course on a much smaller scale compared to the planet. One of the great abundant moments for weightlifters is finding a solidarity amongst other weightlifters who are all pushing each other to new personal records and gold medals.

There are people who know how hard a task they set for themselves is going to be and they get on with it and there are those who are afraid of it. Those who are afraid either give up entirely or they distract themselves from even beginning the commitment necessary to doing it. Maybe they give it a try and get a taste of what’s needed and convince themselves they are not good enough. They avoid what is hard maybe because they have no belief in what they can do. Or they overly complicate things in order to find any excuse from facing the test head on. There lies another challenge which is way more important than being a champion weightlifter. The challenge of not being that person who unnecessarily over complicates things.

Perhaps that toy as a boy sparked an interest in accomplishing harder tasks later in life. I like to think so. Don’t be afraid of the difficulty that lies within pushing your body and mind in the gym. Along with the introspection necessary to improve you discover what willpower is and how powerful it can be. Imposing your will in practice is what makes you figure out the frustrating toy or climb the podium to the top in competition. I applaud those who face the hard challenges and it’s one of the reasons I love being around weightlifters. The stress is easy to see. The challenge is not disguised. It’s get up and try to lift the bar again or go find yourself and easier toy.
Posted by Donny Shankle at 2.3.18 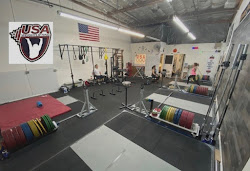 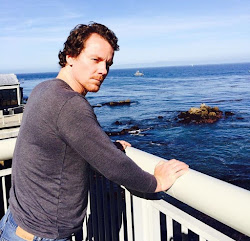